Updating the Satellite Library in a TV-series System

Service providers occasionally change the tracking parameters of their satellites, necessitating an update to the data in the TracVision® satellite library. You can update the system’s satellite library to the latest version at any time by downloading the file from KVH’s Update server and uploading it to the TV-Hub. When you update the library, the new version simply overwrites the previously installed version.

IMPORTANT!
With the exception of user-defined satellites, updating the satellite library overwrites any changes you have made to the satellite’s tracking parameters. All parameters for preset satellites revert to their factory default settings.


Use one of the following methods to update the satellite library:

Using a Smartphone or Tablet

If you have an Apple® iOS or Google™ Android™ smartphone or tablet, and your device has an Internet connection, you can use the TracVision TV/RV App to download the latest library file and upload it to the system. You can download the App for free from the Apple iTunes® App Store™ or Google Play Store.

If your computer has an Internet connection, you can use that connection to download the library file. Follow these steps: 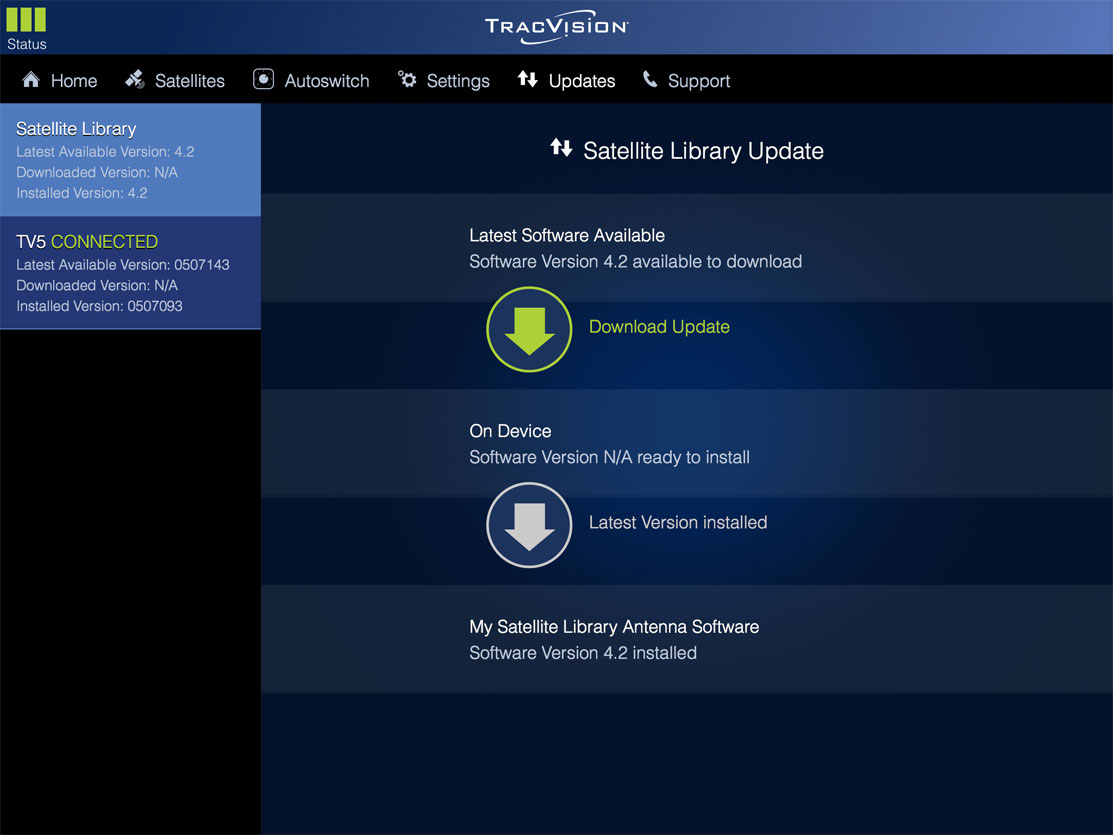 Do you have questions? Want to discuss your particular needs or challenges and how KVH can help?
Reach out and connect with a KVH solutions expert. For technical support click here.